CROSSVILLE – A middle Tennessee eye care facility, its owner, and administrator are being ordered to pay back nearly $1M to employees after the pair was found to be dipping into the employee-funded 401(k) profit-sharing plan.

The US District Court for the Middle Tennessee, Northeastern Division, also ruled that ECOTN, Patterson, and Mays be removed as fiduciaries. All have been permanently enjoined from serving as fiduciaries to any future employee benefit plans.

“The US Dept. of Labor will litigate cases aggressively against fiduciaries who have committed gross violations and pension laws,” said Stanley Keen, Regional Solicitor in Atlanta. “Our goal is not only to protect employees who have suffered losses from their pension plans and to prevent violations in the future, but to ensure that other employers who follow the law are operating on a level playing field.”

The investigation by the DOL’s Employee Benefits Security Administration (EBSA) determined Patterson and Mays, who both served as the profit-sharing plan’s trustees, used the plan to pay $344,225 to Park Street Properties, owned by Mays. Additional records show that the plan was used to fund other non-ECOTN interests.

One lawsuit lodged against Patterson and Mays raised questions whether ECOTN paid its employer safe harbor contributions – a plan requirement that requires ECOTN to make payments to the plan no later than the date it filed its tax returns for the year in which the contributions occurred – in 2007 through 2012.

In those same court documents, Mays is listed as having reportedly transferred plan assets totaling $782,250 to Maple Leaf Developments, LLC, a company in which Mays and Patterson were majority owners in at the time. Mays and Patterson were also stated to have transferred assets totaling $50,000 from the plan to ECOTN in an attempt to use those funds to pay for operations.

Between January 2005 and June 2012, Mays, then the owner of Park Street Properties, LLC, bilked $344,225.39 from the profit-sharing plan and moved the funds to PSP; authorizing each check with his signature.

From January 2007 through December 2010, May’s brother was an employee of ECOTN as well as a plan participant and, during his time of employment, was also named a party of interest. Upper Cumberland Building Consultants, LLC, owned by Mays’ brother, was tapped to improve its properties during his employment by ECOTN. From March 2008 until November 2010, Mays reportedly used plan funds to pay his brother’s company more than $17,000; with invoices for UCBC omitting descriptions of services for the corresponding charge.

In 2006, approximately $285,000 in plan funds were used to purchase a commercial property along Lantana Road and convert the space into a gym; according to a previous discussion Mays reportedly had with Patterson. Patterson and May then secured a mortgage for $325,000 for the 8,563 square-foot property, which was then leased to The Pit Barbell Club, owned by May’s wife, for $5,000 per year. 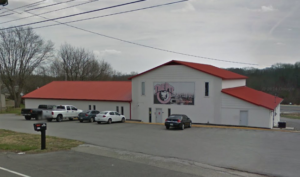 The monthly lease payments were only about one-sixth of the profit-sharing plan’s $2,618 monthly mortgage on the property.

“Employees who plan for the future and contribute to a profit-sharing plan deserve to know their money is being used in a lawful manner,” said Isabel Colon, EBSA Regional Director in Atlanta. “The US Dept. of Labor will continue to investigate any action that threatens retirement benefits employees have earned and will use any means available to ensure employers and fiduciaries who misuse funds are held accountable.”

Editor’s note: Multiple calls made by the UCBJ to the Crossville ECOTN office were not returned prior to publication.