PUTNAM COUNTY – The doors have opened – at least informally – on a new Cookeville nanobrewery that will specialize in high gravity and small-batch beers.

Hix Farm Brewery, the city’s third like-minded business, is currently in its soft opening phase but is gearing up for its official debut later this month. It’s been a nearly two-year journey for husband and wife team JB and Malcolm Young. 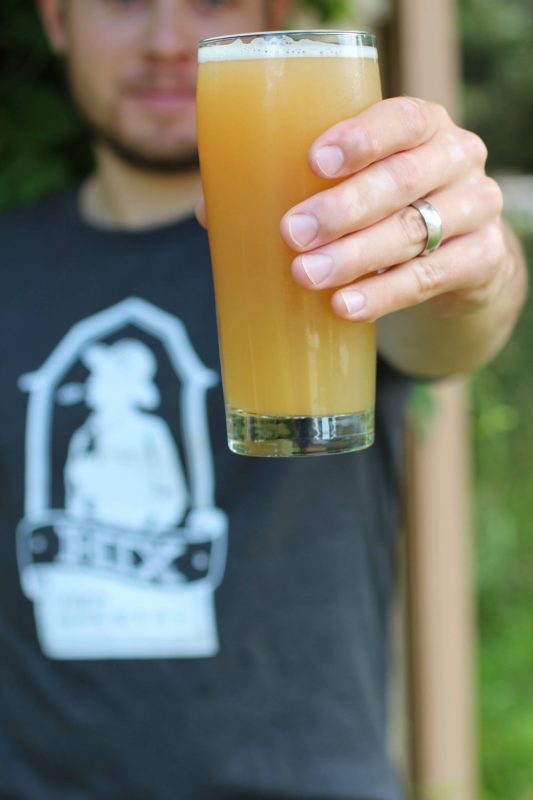 Hix will operate via a two-barrel system at 54 S. Cedar Ave., and at press time, a 10-handle taproom, with the ability to expand to 12. While they’re still rounding out the exact lineup, patrons will be “hard pressed to see the same beers” if they visit more than once, they said.

“Our taps will be rotating out constantly, with new, experimental recipes that we’ll be trying,” said Malcolm Young. “We’d like to make that our focus. We will try to keep different categories of beers populated, like we might always have IPA, but it might be a different IPA every month. ”

They’re not only debuting the brewery but also upstarting a hop yard on a 1790-era family farm in Jackson County. There, they’ll plant three to four different varieties, including Cascade and Centennial, on about one acre of land. They expect their first harvest later this year.

Hop growing – at least in present day – is unusual in Tennessee. But it’s part of their mission to source as many local ingredients as possible.

“We want to be very close to the community,” JB Young said. “It’s really important to us.”

The UCBJ first introduced Hix Farms last May. Hix Farm joins two other Cookeville’s craft breweries, downtown’s Red Silo, which opened in August 2016, and Jig Head Brewery, which opened earlier this month on Newman Drive. The Youngs are not surprised by the growth – they think the Cookeville community can support even more craft breweries – as the industry continues to spike nationwide.

“When we first legally formed this business, I think there were 26 breweries in the state of Tennessee. There’s now over 80,” Malcolm Young said. “There’s still a lot of room for craft breweries to grow, and we think it’s great for the whole industry in the state.”

“It’d be really nice to turn Cookeville into this beer capital of the (Upper Cumberland),” JB Young added. “It’s really good for us that there’s other breweries in the area. There is no downside.”

Hix Farm Brewery will celebrate its official grand opening Friday, May 26. While the exact agenda is still a work in progress, the day’s festivities will run from noon-2 a.m. Until then, the brewery is open from 4-11 Thursday-Sunday evenings; the Youngs are looking for consumer feedback as they shore up remaining loose ends. Growler and squealer (mini growler) fills are also available. For more information, visit https://www.facebook.com/hixfarmbrewery.