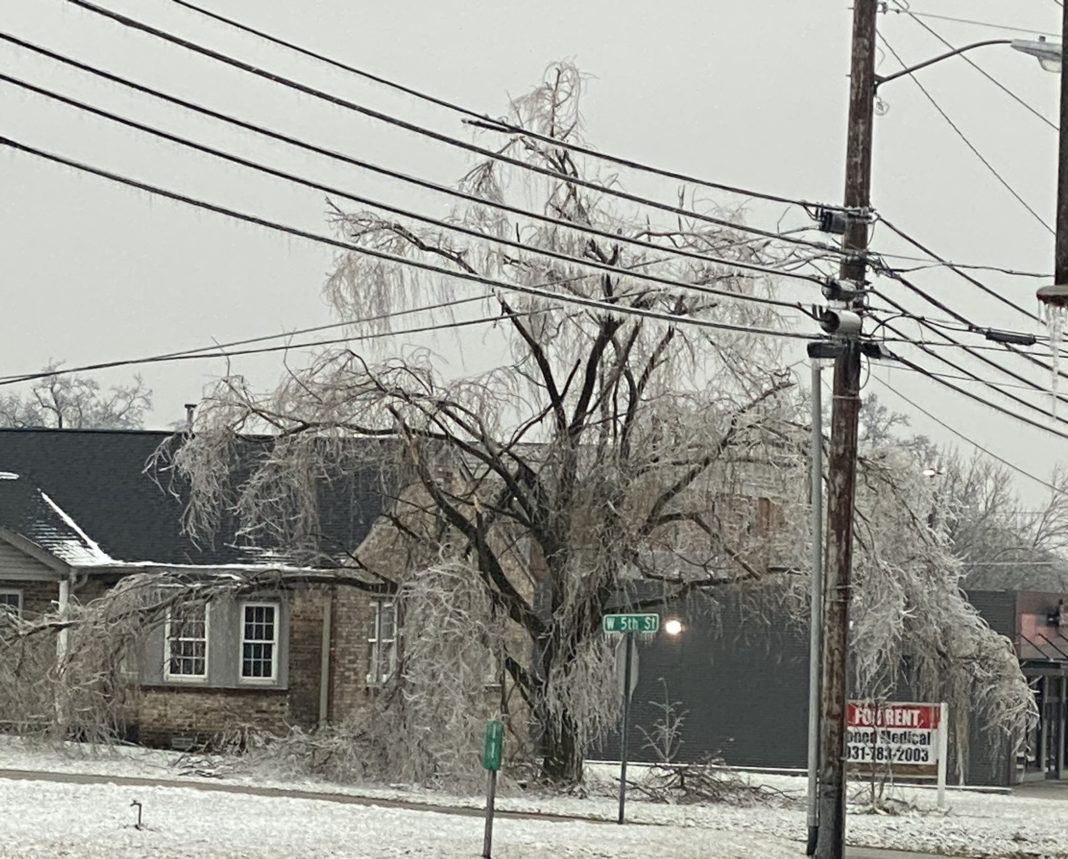 UPPER CUMBERLAND – It’s easy to see the highway departments preparing for winter weather in the days before a storm hits, but the year-round preparation that electric utilities make are often overlooked.

Tree trimming is the best preparation for winter weather according to both the Cookeville Electric Department (CED) and the Upper Cumberland Electric Membership Cooperative (UCEMC), which both have forestry programs in place.

UCEMC’s right-of-way program has been in place since 2017. It is a circuit program where a number of circuits, including at least one from each of the four districts, are cut each year as they work their way around the system.

Ideally a system of that size would be able to do the entire system in six years, but the speed in which the entire system gets trimmed depends on the budget and other coop initiatives. After five years, UCEMC is still working on getting their entire system done for the initial trimming under the new system.

Since CED’s system covers a significantly smaller footprint, it is able to trim the entire system every three to five years. The department has its own forester, Jeff Fitzpatrick, who has been on staff for almost 30 years. In addition to directing tree trimming crews and practices, Fitzpatrick works to educate homeowners on the benefits of trees, proper pruning principles and promotes the right kind of trees to plant in the right place.

CED being an urban system has most of its line adjacent to city streets. It maintains a 15’ ROW along the road for line clearance. Sometimes if the lines go behind buildings, they will utilize a 30’ ROW easement.

UCEMC serves both towns and rural areas and maintains a 40’ ROW. They primarily cut trees within the UCEMC right-of-way, and if a tree is on personal property, they work with the landowner as much as possible to get their permission to do the cutting.

“A lot of people don’t realize that, especially in our area where there are a lot of hills and mountains. Even in a perfectly clean ROW condition where you have 40 feet on both sides, if you have a 100’ tree outside that 40’ clearance area that we are authorized to cut in and it falls over, that creates issues,” said UCEMC General Manager Jennifer Brogdon. “Part of our issue here is terrain, and the steep nature of the hills and the fact that you have danger trees outside of your ROW that can create havoc when there is heavy snow and ice on the trees.”

The difference between snow and ice is also tremendous.

“Our lines are out in the elements, and they are designed to a certain standard. All distribution companies really dread the three-letter word – ice. It’s a long-standing issue for utilities,” added Brogdon.

Both systems are prepared for the winter weather that we are currently experiencing. Each has an emergency line set up in the event of outages and repair crews on call and ready to respond.