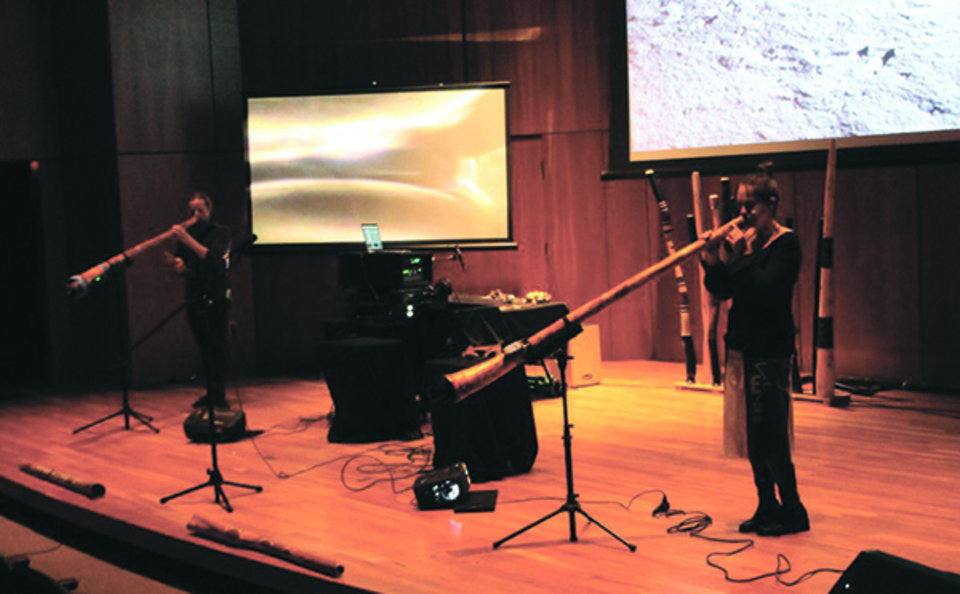 Australian Tanya Gerard and her husband, Rob Thomas, are members of Didge Down Under, an Australia-themed education and entertainment company that offers shows, concert and workshops to schools, libraries and other venues throughout the United States. The pair have recorded music for CDs and several film soundtracks, and both now work full-time with Didge Down Under.

The didgeridoo is a hollow instrument which is typically played using a special technique called circular breathing. It was created by Aboriginals around 1,500 years ago and traditionally served important roles in Aboriginal ceremonies. It’s now often simply used as a recreational instrument.

Didge Evolution is a performance that mixes quick rhythms with the nature-based sounds traditional for the didgeridoo, thereby creating a contemporary musical performance suited to any audience.

Center Stage is a series of events, guest artists, lectures and performances that aim to promote better understanding of the fine arts and diverse cultural perspectives. It is made possible through Tennessee Tech’s general education fund.

The event will take place In the Bryan Fine Arts Building’s Wattenbarger Auditorium. It is free and open to the public.