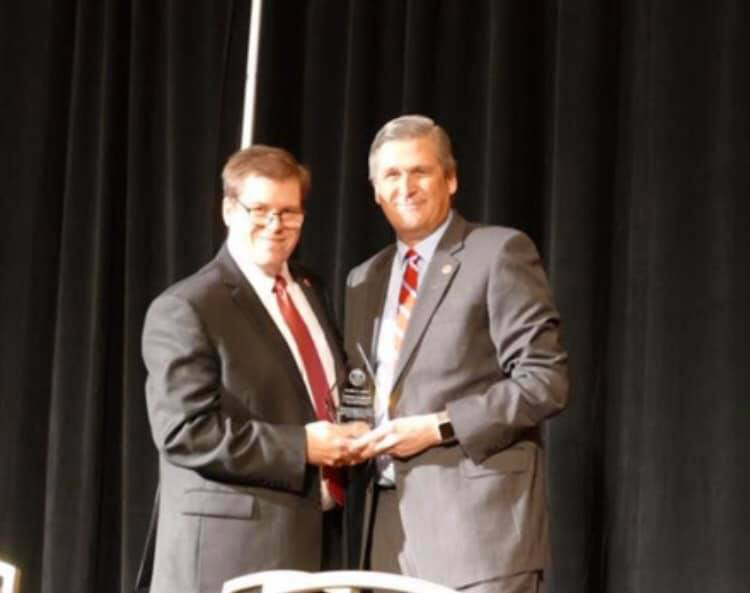 “General Craighead is a brilliant trial tactician and is a devastatingly effective trial advocate,” said 7th District Attorney General Dave Clark, who also serves as TNDAGC President. “He has had a tremendous and direct impact on justice and public safety in Tennessee and indirectly through the continuing successes of prosecutors who have been trained with General Craighead’s guidance.”

Craighead began his career as a DUI prosecutor in 1992. He has served as the primary criminal court prosecutor for as many as four counties and is a former chief assistant for the 13th Judicial District, during which time he led and trained prosecutors in the district. He also served for two years as the pro tempore district attorney general.

“General Craighead, along with all of our prosecutors and staff, fights every day to make Anderson County a better and safer place,” Clark said. “It is beyond appropriate that Tony’s career of public service, dedication and success is being recognized.”

In receiving the award, Craighead said, “I am very honored and humbled by this award. We career prosecutors spend our entire legal careers fighting for victims and hoping in each case to obtain justice. I have attempted to that in all the cases I have handled and hope that I have been successful. I have had several great mentors though out my career and I hope that in years to come, I will have played some small role in a future recipient of this honor”

Craighead and his wife, Ann, have been married for 35 years and live in Cookeville with their two children, Zac and Mary Elizabeth.