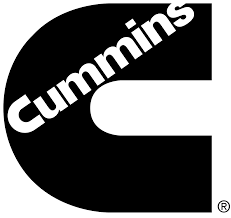 Such alleged conduct violates the Equal Pay Act (EPA) and Title VII of the Civil Rights Act of 1964, both of which prohibit wage discrimination based on sex. The EEOC filed suit in U.S. District Court for the Middle District of Tennessee (EEOC v. Cummins, Inc., Civil Action No. 3:17-cv-01306) after first attempting to reach a pre-litigation settlement through its concili­ation process. The lawsuit sought injunctive relief prohibiting Cummins, Inc. from disparately com­pensating employees based on sex, as well as back pay, liquidated, compensatory and punitive damages.

Besides monetary relief, Cummins entered into a two-and-a-half-year consent decree requiring the company to train its employees, including human resources and management personnel, on the requirements of Title VII and the EPA. Cummins agreed to report complaints of pay discrimination to the EEOC and permit the EEOC to monitor the company’s compliance with the decree. Cummins denied any liability or wrongdoing in the suit.

“Employers should provide men and women in the same workplace with equal pay for equal work,” said Faye Williams, regional attorney for the EEOC’s Memphis District Office. “Not only is it fair, it’s the law. As the fight against unequal pay in the workplace continues, the Commission remains committed to challenging pay disparity until we realize the goal of wage equality.”

The Memphis District Office of the EEOC oversees Tennessee, Arkansas and parts of Northern Mississippi.

The EEOC advances opportunity in the workplace by enforcing federal laws prohibiting employment discrimination. More information is available at www.eeoc.gov. Stay connected with the latest EEOC news by subscribing to our email updates.