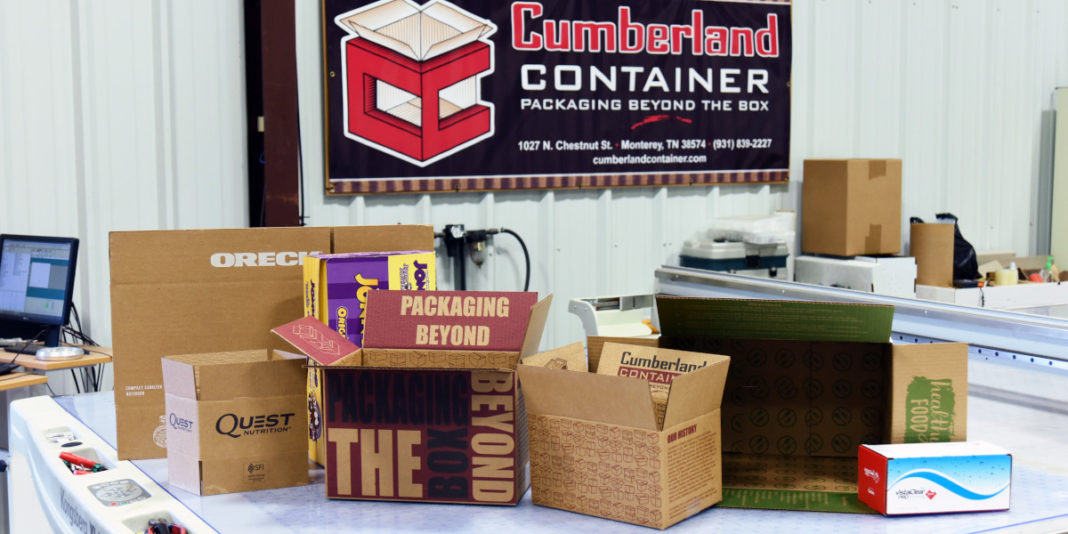 Cumberland Container’s history is a testament to what can be achieved with an innovative idea, tenacity and a town that is willing to take a leap of faith to support an emerging industry.

In 1968 Eugene Jared and five other investors had an idea to start a packaging company in Monterey. They looked at the industries that were moving into middle Tennessee and saw a potential need for packaging. Afterwards, a feasibility study concluded that there was a need and that Monterey was a viable location.

The town of Monterey was instrumental in helping the company get started. Monterey formed the Monterey City Development Company which acquired property and constructed a 6,000-square-foot building to lease to the newly formed company. Cumberland Container officially launched in July 1969 with five employees and four machines.

“It was not an overnight success,” said Mark Jared, Cumberland Container co-owner and the son of Eugene Jared. “That first year they did $32,625 in sales; however, the six investors were pretty determined and each agreed to put in $100 a month to keep the business afloat which went on for three to four years before it could stand on its own. It took ten years before the company hit the $1 million in sales mark and it wasn’t until 1991, 22 years after it started that it began recording an annual profit.”

Today, Cumberland Container has grown to be a $20 million a year company. Employees have increased from the original five to 82 full-time employees along with some temps and the facility size has grown from 6,000 to 263,000 square feet.

In 2012, Eugene Jared convinced his son, Mark to move home from China and to buy Cumberland Container. Today, Mark Jared is co-owner along with his sister, Amy Jared, and his daughter, Amber Jared.

Michael D’Angelo, president-elect of the Association of Independent Corrugated Converters (AICC), an association of 274 independent, mostly family owned, box companies, said that independent box makers make up only 18 percent of the packaging industry.

Rep. John Rose shared remarks he made on the House floor on June 27, 2019 which were entered into the Congressional Record.  He recognized the importance of Cumberland Container to the town, to Putnam County and to the state.  Cumberland Container has an economic impact of approximately $10 million annually on the region.

“Let me proclaim today, because of efforts like Eugene Jared, Don Wakefield, Jim Copeland … these folks looked to Monterey and we’re so glad they did. That was 50 years ago, six employees now 82, 6,000 square feet and now this safely tucked away off Hanging Limb Hwy. It is no longer the best kept secret in the Upper Cumberland,” said Wiggins.