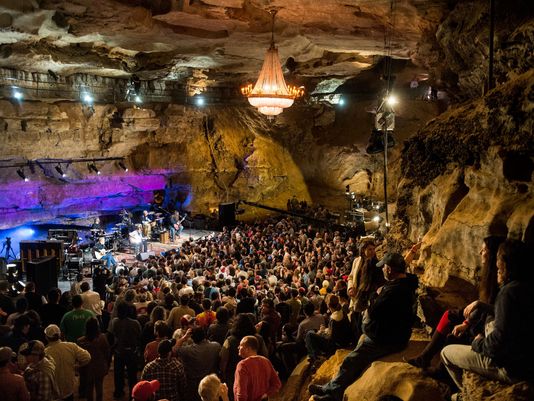 MCMINNVILLE –Tolan Shaw will join BoDeans for their performance at the World-Famous Volcano Room at Cumberland Caverns in McMinnville on Saturday, Oct 21 at 3 p.m. CST.

Tolan Shaw is an award-winning artist who has risen in the Southern California music scene as a pop/soul singer-songwriter who will stop at nothing to build a career with his original music. Both a solo acoustic troubadour and the frontman of his own band, Shaw’s music is catchy and soulful, bluesy and melodic, poppy and sincere. “Shades” is Shaw’s newest project; an EP consisting of sets of songs with different moods and production. Shade 1 is the first stage, with the sunny “Golden State of Mind” and “Comfortable” out now.

BoDeans’ remarkable 30-year musical career know that their blend of compelling songs and high energy performances have retained an unpretentious rock & roll loyal following like no other. Best known for their catchy single, “Closer To Free,” the band’s accessible adult alternative sound has led to many a milestone, including a Rolling Stone Reader’s Poll for Best New American Band in 1987, and support slots with U2, Bob Dylan, Paul Simon, Tom Petty, George Thorogood, The Pretenders, David Bowie and numerous others.