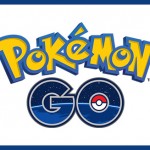 COOKEVILLE – An Upper Cumberland hospital is asking over-zealous fans of the new reality game Pokemon Go to steer clear of their medical facility.

The game, where players physically travel to a location to catch Pokémon creatures, has gone viral in recent days, but it’s also causing concern for staff at Cookeville Regional Medical Center (CRMC). The hospital issued a press release Wednesday asking players to access PokeStops – o real world locations where players can get virtual items to help with their quest – without entering the facility.

“CRMC already has limited parking, and if there are extra people who are not here for patient care, this can cause problems for our patients and their families,” Scott Williams, COO at CRMC, said. “If they are coming into our facility to play this game, it is worrisome because they are not being respectful of the mission of our hospital and what we are here to do for our patients and the community. And most importantly, we are here to protect patient safety and privacy. That is why we are asking players to not enter our facility to play Pokémon GO.”

The hospital became aware earlier this week that they were a “gym” location – a spot where teams can come together and battle. They also realized CRMC had two PokeStops inside the facility – places where Pokémon are hiding. CRMC has already seen active players on their campus.

A number of other health care facilities have also implemented similar bans, including Nationwide Children’s Hospital in Columbus, Ohio, and Covenant HealthCare in Saginaw, Michigan.