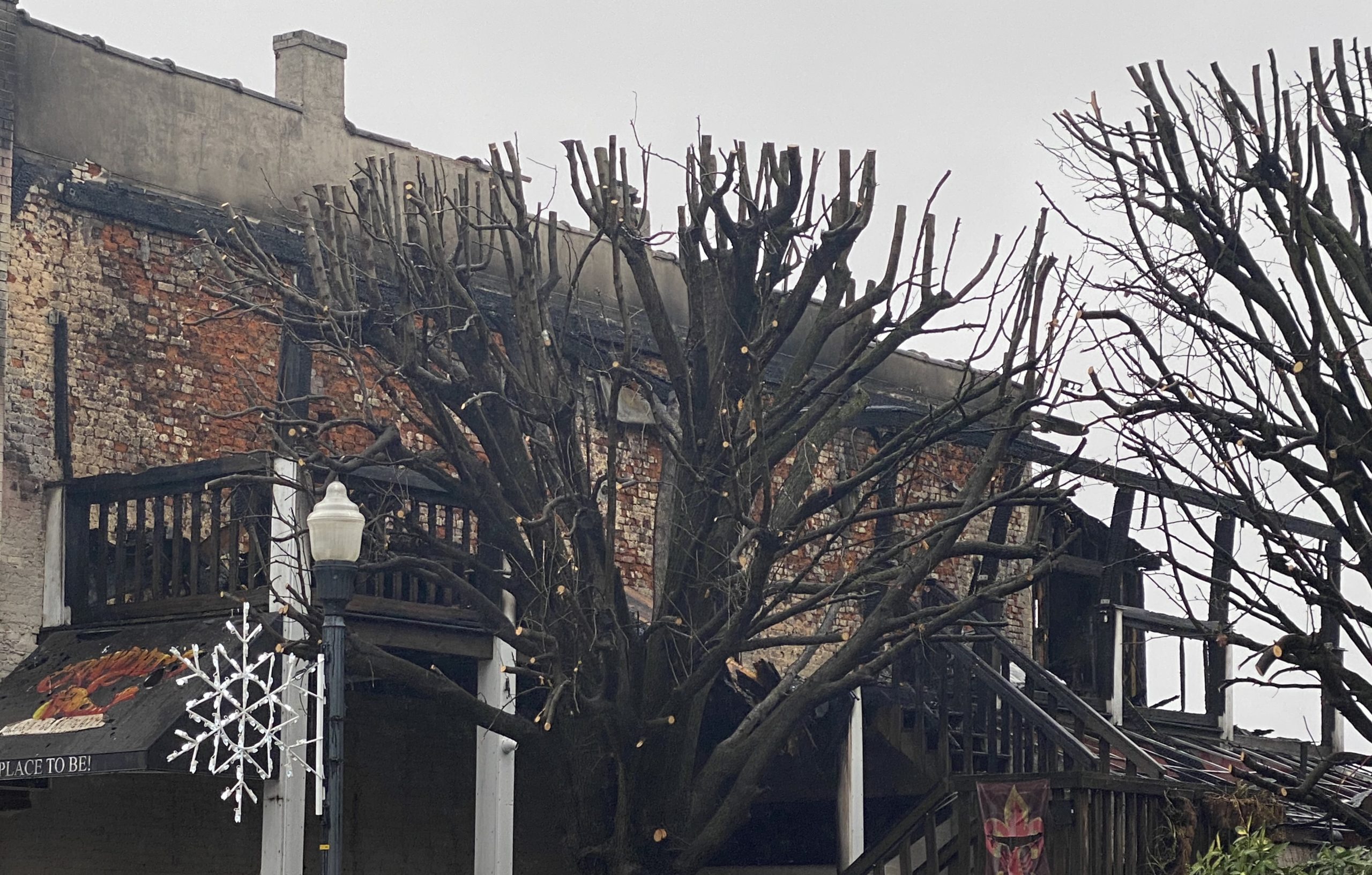 Cookeville Fire Chief Daryl Blair said that crews arrived around 3:30 a.m. and found the fire spreading quickly. The deck area already had a heavy fire load on it. Crews were able to knock it down and get inside to keep it from spreading to AEI Architecture, the adjoining business.

“These old buildings through here have the old fire walls in them which are brick and mortar. When they were built, that was what they used, and it’s very, very impressive. It still works,” explained Blair.

The building suffered more heat, water and smoke damage than actual fire damage, Blair said. The fire appeared to be focused in the upstairs bar and office area, but officials cannot be certain until a more thorough inspection can be completed.

The building is potentially unstable, according to Blair, and safety measures are necessary for anyone entering the building. He said that the fire had burnt some of the crossmembers in the roof, and they were paying close attention to that.

Blair attributes saving the building and its neighboring buildings to the quick response and actions of the fire department.

“We did a full recall because of it being in the old part of town,” said Blair. “I can’t say enough about how good of a job that the department did. I’m proud of each and every man and woman we have here. They all gave it their best. They made a heck of a stop on this. With what they encountered when they first got here, it was very, very awesome. From the command staff on down, it run like clockwork. I’m very proud of all of them.”

The cause of the fire is currently unknown, and its investigation is expected to last days. Reportedly, the owners of Crawdaddy’s are already in talks with building owner, Peter Metts, about the restoration.

“There’s a lot of history here,” said Blair. “This is what’s Cookeville, and it’s still Cookeville. It’s so neat when you come through here on the weekends and people are walking up and down the streets in the summertime. Hopefully they will rebuild, and they’ll stay and continue to be prosperous.”