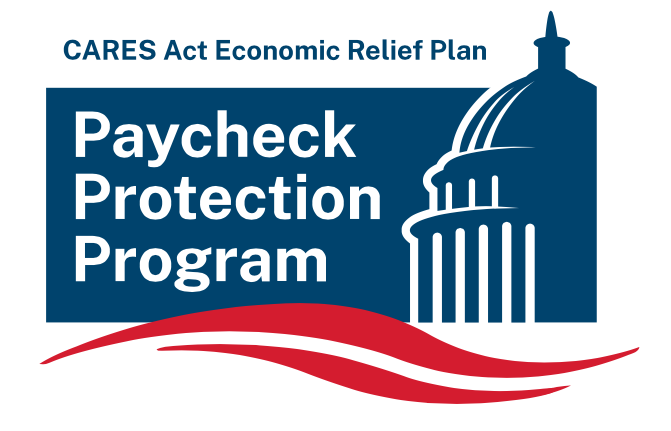 COOKEVILLE – When President Donald J. Trump signed the ”Coronavirus Aid, Relief, and Economic Security Act” — known as the ”CARES Act” — into law on March 27, small business owners around the nation breathed a sigh of relief.

The CARES Act contains $349 billion in funding for businesses of all types, including nonprofit organizations, to help sustain the American economy through difficulties created by the coronavirus pandemic. One aspect of the bill is the “Paycheck Protection Program” (PPP), which allows qualified small businesses to retain employees over an eight-week period with a potentially forgivable loan.

For businesses impacted by the coronavirus, which turns out to be almost every business imaginable, the bill was set up to be a lifeline based on normal payroll costs and easy to implement, as it was designed to flow through FDIC-insured banks — which in theory would assist their respective business customers, both small and large.

But successful execution of the program at the local level has been a mixed bag. Turns out that following the new guidelines, which were modified up to the last minute as this massive stimulus was constructed at the Federal level, was way outside the normal processes that bankers are used to.

One local bank, however, didn’t let that deter them. In fact, it spurred their entrepreneurial and community spirits. That bank? One of the oldest in our region: the Bank of Putnam County (BPC).

COVID-19 has impacted the business world like nothing since “911.” Even the market crash of 2008 didn’t impact as many business sectors as the coronavirus has. Many local small business owners have already been forced to shutter their businesses, furlough employees, or cut back significantly on services.

For that reason, leadership at BPC followed the program closely as the rules rapidly changed. It quickly became apparent that although government officials were saying that banks could do the loans using their documents and procedures, there needed to be some type of consistency nationwide. So the Small Business Administration (SBA) decided to use mandatory SBA forms and procedures.

For large nationwide banks that routinely work with SBA loans, this was an easy process; however, in the rural areas of the Upper Cumberland, there were very few banks set up to work with the SBA.

According to BPC Director of Business Development, John Story, BPC was not set up to do SBA loans before the PPP. On Friday, April 3, a brand new SBA department and team were created at BPC that had never worked with SBA at all.

“It was quite an undertaking, but basically in one day we created an SBA team,” said BPC Executive Vice-President Matt Means.

“They have just done a phenomenal job,” added Story. “They worked day and night through the weekend to have this program ready to go by Monday morning, and they did it. There’s a team working with them that is composed of people who have headed up the loan production department, and they are now working in Cookeville.”

BPC started accepting applications on Monday, and by Tuesday afternoon had logged over 200 applications that they had opened, reviewed for completeness, and submitted to SBA. After lines of loan applicant’s cars wrapped around the parking lot Monday waiting to submit their applications through the drive-thru window, bank officials decided that they would accept applications beginning Tuesday at the closed lobby’s front door.

The impact was almost instant and was hailed a success by many business owners. In fact, one customer that applied on Monday morning, Van De Voorde Electric, LLC, was so excited to receive their money on Monday afternoon that they shared the good news via FaceBook — posting their true appreciation for BPC in helping them retain their employees and keep the business alive.

The need, as predicted by the president’s administration, was overwhelming and broad.

“I definitely think it’s something that our small businesses need,” Means said. “And they need it now. They needed it yesterday. I don’t think it’s something that we can wait 30 days to get up and running. Some of our small businesses will already be out of business if that happens. We feel comfortable enough with what we are doing and what the SBA team has put together that we will continue running with it.

“I think this goes back to the nature of our bank and who the Ray family is. We want to help our communities,” Means added.

“I’m truly excited to see one of our community banks take proactive measures and a true leadership role like this,” said Mike McCloud, publisher of the UCBJ and a local entrepreneur with almost 20 families on his payroll. “In 2008, when the banks needed to be saved by our government, our government took care of them. Right now, the small business owner needs to be saved, and the government is trying to do it, but it’s going to take leadership and proactive measures from local banks to get it done. It’s now time for the banks to save our economy.”

BPC has applications coming in from all the communities it serves, including Oneida, Oak Ridge, Crossville, Cookeville, Baxter, Livingston and Sparta. Couriers will be picking them up in all of the markets and bringing them to the Cookeville main branch, where the SBA team will be housed, to process and complete those applications.

“It’s not been a problem for us so far,” said Means. “We are currently working with SBA on crossing the T’s and dotting the I’s, but management felt comfortable enough, and our SBA team, led by Jonathan Medley, has done a fabulous job of getting us up to speed. We’ve had all hands on deck to get this completed. It’s been a team effort, but so far, we haven’t had anything hold us up.”

With the PPP loans, the plan is to have them used correctly and have them forgiven at the end of the eight weeks.

“It is technically a loan through the SBA,” said Means. “It’s a two-year commitment from the SBA. Hopefully, at the end of eight weeks, all these loans are forgiven, and they are moved off the books.”

The PPP is a forgivable loan for small businesses that can be equal to two and a half times a company’s average monthly payroll. After the borrower makes its payroll, the remaining funds can be used for rent, mortgage payments or other typical business expenses.

BPC customers can go to their website for the information required.

“We have found that the single largest information source to the commercial customers have been their accountants,” said Story.

Business owners wanting more information can go to the bank’s website at bankofputnamcounty.com. All information required is available and broken down by the type of business, sole proprietorship, LLC, etc.

“The team creating the whole program in a matter of a day and a half has been rewarding,” added Means. “People are reaching out to me and Gerry (Whitehead), but it’s the people in the back room that are making it happen.”

“The heroes of this deal are the SBA team that was put together last Friday,” Story emphasized. “It’s just phenomenal that they have done what they have over a weekend, put together a program – a system, information that has been disseminated. We had customers coming in first thing Monday morning with applications ready to go because of the information they had put out there. It truly feels good to be able to help them.”

The UCBJ reached out to several banks in Cookeville and the surrounding counties while working on this story. Most replied with “no comment” or offered no official comments for publication.