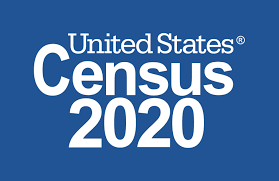 The Census Bureau has set up a task force to combat the spread of false or misleading information online about its coming population count, a move that could test the government’s ability to thwart disinformation efforts from affecting the 2020 election.

The agency on Tuesday said its new trust and safety team is working closely with social-media companies such as Twitter Inc. and Facebook Inc., as well as community groups, to identify any online attempts to disrupt its efforts to get an accurate count of the number of U.S. residents.

The count of all 330 million Americans will begin next month. The every-10-year effort influences the redistribution of seats in the House of Representatives and allows states to redraw congressional, legislative and local political districts.

Census 2020 unfolds at a time when technology companies have been grappling with repeated attempts by people to use their platforms to create false narratives to sway popular opinion. A Senate committee report in October criticized U.S. tech companies for helping spread disinformation during the 2016 election and called for better coordination of efforts to prevent similar activity in 2020.

Alphabet Inc. ’s Google and YouTube last week updated their policies regarding deceptive practices specific to the census, covering areas such as user content, apps on Google Play, advertising, email and search. Facebook and Twitter have said they are looking into taking similar steps.

Stephen Buckner, assistant director of communications for the Census Bureau, said the agency is worried that foreign or domestic individuals or groups he didn’t otherwise identify may seek to deter people from participating in the census by posting false information about what it entails, how it is used and who is collecting it.

Social-media platforms are particularly fertile ground for such disinformation campaigns, he said, because of the speed through which messages can be amplified there.

A Twitter spokeswoman said the company has already been training staff to support the effort around safeguarding the census.

“We’re going to treat next year’s census like an election—with people, policies and technology in place to protect against census interference,” Facebook Chief Operating Officer Sheryl Sandberg said in a blog post earlier this year.

The Census Bureau, in its preparations for the count next year, has already encountered disinformation efforts, Mr. Buckner said. As agency staff began knocking on people’s doors to confirm addresses, rumors spread on social media that those workers were actually robbers, Mr. Buckner said.

The hoax started in Africa and spread to social platforms in the U.S., stoking fear and creating a potentially dangerous situation on the ground, he said. The agency worked with the platforms and media outlets to counter those messages, Mr. Buckner said.

“We were getting information into the bureau to identify what communities it was hitting,” Mr. Buckner said. “It was a really good test for the team.”

The Census survey dates back to 1790. It is mandated by the U.S. Constitution as essential for ensuring equal representation among the states in Congress and fair dissemination of federal funding to state and local governments for spending on roads, schools and other public works.

The Census Bureau plans a $500 million communications campaign to educate people across the country on the importance of the population count and how it works. The initiative, first announced in 2016, includes TV, radio and online ads that will start rolling out in early 2020.

The agency also said it is working with corporate volunteers such as Walmart Inc. and nonprofit groups like the AARP representing retired people to encourage participation.

Safeguarding the census is possible “with the right reporting processes,” said Mr. Buckner.