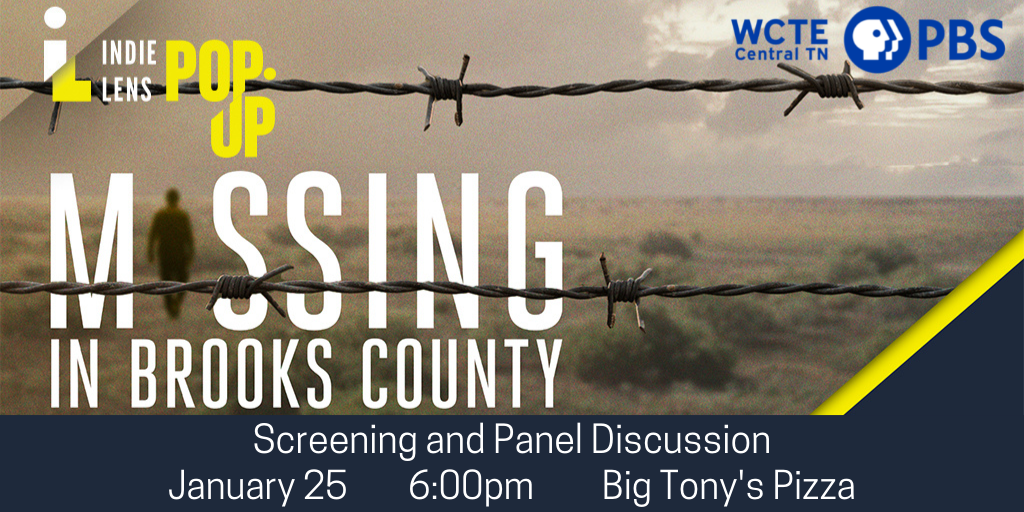 COOKEVILLE – WCTE PBS invites the public to attend a screening of “Missing in Brooks County” at Big Tony’s Pizzeria on Tuesday, Jan. 25 at 6 p.m.

Migrants go missing in rural South Texas more than anywhere else in the U.S. For many families whose loved ones have disappeared after crossing the Mexico border, activist detective Eddie Canales is their last hope. Unlock the mysteries and confront the agonizing facts of life and death in Brooks County, 80 miles north of the border.

The film centers around the families of Homero Roman and Juan Maceda, who turned to Canales after both disappeared during their journey to Brooks County. Roman, a longtime but undocumented U.S. resident was deported to Mexico after a traffic stop at age 27. After struggling to adjust to an unfamiliar country, Roman eventually tried to return to the U.S., his home of two decades but disappeared along the journey in Brooks County. Maceda went missing after he was left with an impossible choice between lifelong poverty or gang affiliation in Mexico and was compelled to travel north across the border.”