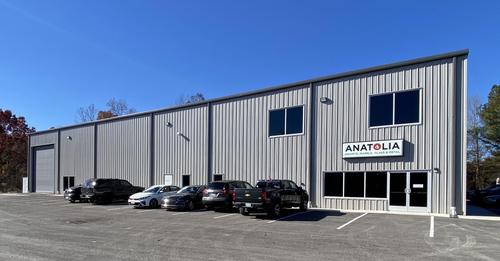 “I’m excited to see one of our great existing companies expanding,” said Putnam County Mayor Randy Porter. “In my opinion, this is the true sign your local economy is doing well when your local businesses are growing and hiring more employees.”

“We are excited to expand Anatolia Granite’s operations in Baxter and realize that this expansion would not be possible without the leadership at the state of Tennessee and locally in Baxter and Putnam County,” said Anatolia Granite and Marble Corp President Temel Islamoglu. “We have found a great community in the Upper Cumberland and look forward to continued partnerships and our company’s future growth.”

Anatolia’s production process comprises computer programmed CNC machines, which process the stone slabs into custom made shapes that can be used as kitchen countertops, bathroom vanities or fireplaces.

“With more than 2,500 establishments operating in Tennessee, advanced manufacturing is one of our state’s most successful industries,” said TNECD Commissioner Bob Rolfe. “Anatolia’s decision to expand in Putnam County will be a driving force behind Tennessee’s continued growth in this sector and would not be possible without the strong leadership at the local level. We appreciate Baxter Mayor John Martin and Putnam County Mayor Randy Porter for their partnership and involvement in this project.”