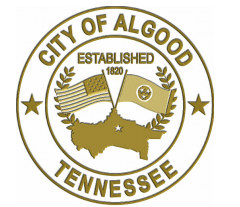 ALGOOD – Less than one week after Scott Bilbrey announced he was calling it quits as the city’s mayor, the city of Algood has released an official statement addressing the resignation and other claims made against the city.

Among documents dispersed to media outlets Wednesday, the official response from the city of Algood says Bilbrey turned in his resignation to a radio station before submitting his resignation, via email, to the city administrator at 4 p.m. Friday, Nov. 3.

According to city administrator Keith Morrison, the city council hasn’t held a meeting since August, following Dr. Richard Heard’s resignation from the council in early September. This prevented a meeting from taking place that same night as Bilbrey was also absent.

Currently, with a fully constituted council consisting of five members, three members are needed for a quorum.

Of course, the motion filed by Norris and Dyer, to adjust the number of members needed for a quorum, was filed with the Putnam County Chancery Court last Monday, just days before Bilbrey announced his plans to resign.

“The city is still asking the court to acknowledge that two members can count to get us back on track,” Morrison said.

The same day Bilbrey provided his resignation letter to a local radio station and to the city, he posted a lengthy letter announcing his resignation, effective immediately, on social media.

“It is with great sadness I write this letter,” the post began. “The abuse that my family and I have endured for the past three years has affected my overall health. I believe I have put forth great effort as your mayor to make sure all of the citizens had a voice, were treated fairly and equitably.”

Elected to his post in August 2014, Bilbrey edged out then-opponent Hugh Adams by just 54 votes. In his resignation statement posted to Facebook, Bilbrey says he began hearing negative statements about the city while he was campaigning for the city’s top position.

“When I was campaigning for mayor in 2014, I heard the people on the street saying justice and fairness in Algood was an illusion; that equality and fairness have eluded the city council and the city government,” Bilbrey’s social media statement said.

During the 2014 election, two council members were selected by voters: Dyer, who secured the majority number of votes, and subsequently the vice mayor spot, and Heard. Heard reportedly later moved out of the city limits and therefore was no longer eligible to serve on the council.

“Jennifer Green resigned nine months ago and Carolyn Norris and Kirk Dyer never requested a replacement until they forced Dr. Richard Heard out in Sept. 2017 as council person so that they could have complete control over the Algood city government; but their control depended on my presence,” Bilbrey’s statement continued.

The city rebuffed Bilbrey’s claim about Heard’s decision to vacate his council seat in its response statement saying, “Dr. Heard was not threatened or forced to resign by any city official or council member. Dr. Heard was advised of the charter and state law on residency as requested by him. He was never threatened with the chancellor or any other forms of harassment.”

Green, elected to the council in 2012, resigned from her position earlier this year after she was allegedly “accused of inappropriate involvement with employees,” Morrison told the UCBJ.

In a copy of Green’s resignation statement, originally submitted via email to the city administrator on Feb. 27, and obtained by the UCBJ on Wednesday, read, in part: “I would like the public to know that with a heavy heart, I am stepping down to protect my family and myself from anymore (sic) public attacks. I have learned many things thru (sic) my time as being a councilwoman here, and the most being people will go to extreme levels to get what they want. I will continue to pray for everyone involved in all the deceit of this world.”

It wasn’t the first time grievances were aired following allegations of inappropriate conduct.

In December of that same year, court documents show the Putnam County Circuit Court ruled that Foutch, Harris, and Jones were found to be immune under the Governmental Tort Liability Act and were granted summary judgement in their favor. In the case against Bohannon, the same court declined to consider affidavits, that were reportedly submitted belatedly, against her. Because a six-month statute of limitations applies to defamatory statements, and the defamatory statements Bilbrey alleges Bohannon made against him were reportedly made prior to September 2014, they were barred, according to the court report. In addition, the court stated there was a complete lack of any actual malice.

When asked how the current drama surrounding the city of Algood is affecting city employees, Morrison says morale is down but getting better.

“Once the city gets back to monthly business, and gets going again, I think the employees will bounce back where we need to be,” he said.

The city is currently awaiting an official response from the courts regarding how to proceed with achieving a quorum with the two remaining members of the council. According to the petition, several matters of “urgent business” exist and require council action, including a plan of services related to an annexation and two, now three, council vacancies that must be filled.

“The city of Algood will not be shut down by these acts but will continue on providing the services the citizens of Algood deserve,” the city’s statement concluded. “We will strive to further the city and promote the safety and welfare of our residents.”

Dyer is expected to be sworn in as the city’s mayor at the Nov. 14 council meeting.